The foundation chose the Middle Atlas region to be its focus region by launching the Middle Atlas Education Project (MAE).Al Akhawayn Foundation chose the Middle Atlas as its target region due to the lack of education in the region. In fact, the region has a huge educational need that was revealed in numbers and details by the 'Atlas de la Charte', a study published in 2014 by the Higher Council of Education, Formation and Scientific Research (Conseil Supérieur de l'Education, de la Formation et de la Recherche Scientifique).

The study looked into the educational question in Morocco and focused on the inequalities present between the different regions of the country. Although considerable efforts have been made in the sector during the last years, Morocco is still ranking low in all education related rankings. One major and alarming rank was the one based on the average number of years spent by any moroccan citizen in school, where Morocco got ranked 136th out of 175, with an average neighboring 5.64 years (less than the mandatory 6 years of primary school). 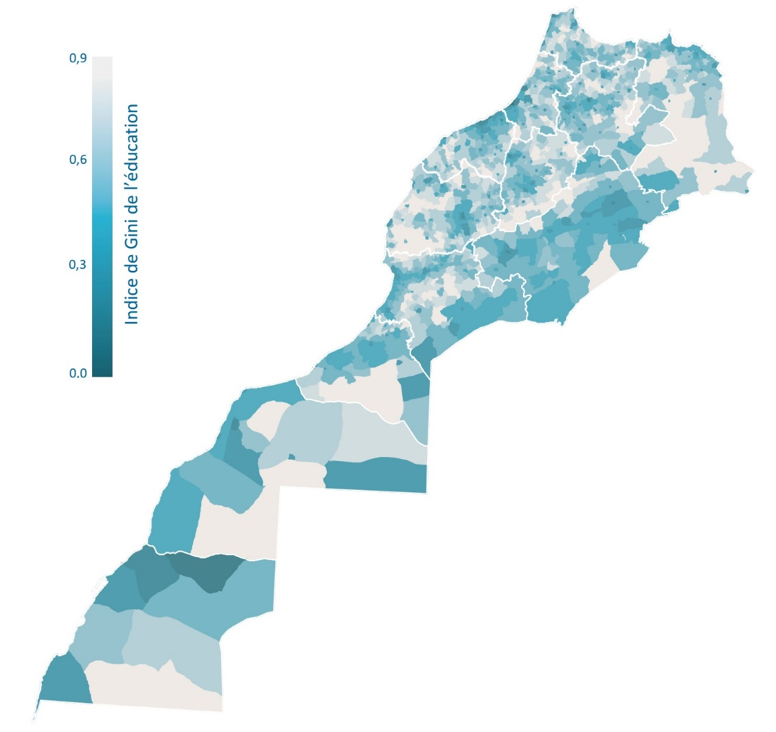 In addition to the nation wide statistics, the study also focused on inequalities and differences between the different regions of Morocco. To address the problem, it assigned to each moroccan region its corresponding computed Gini average, an economic coefficient that indicates the distribution of a certain factor (education in our case) over a nation's residents.

As it can be seen on the Gini education index map, the Middle Atlas region is indeed having a very low coefficient that proves that it is affected by the educational inequalities present in the country and mentioned in the study.

Al Akhawayn Foundation is aware of the need expressed by the region and is trying to fill that educational gap by launching many school construction projects targeting pre-school education.